Jack and Jill Preschool – Gibsons BC

Early Childhood Learning & Development Center on the the Sunshine Coast

The following are general characteristics and are only meant as a guide. Children should be compared only with themselves: children do not all develop at the same rate or level.

She is fast developing good motor control. She is sure of her feet. Her arms and legs are getting longer, as are the sentences in which she expresses herself. She is more co- operative than the two year old and more interested in the people around her. She can undress herself and is trying to dress (but still needs help). If her clothes are easy to manage, she can go to the toilet by herself and usually does. She plays well with one or two children but also likes to play alone. She is beginning to understand concepts such as “take turns” and “who had it first” and “you can ask for it”. The three year old has favourite stories and knows several songs; her paintings are inspired more from pleasure in wet splashy things than with a desire to depict objects and emotions. She takes simple block structures and combines boats, trucks, etc., in with her play. She enjoys very short excursions and can understand and remember simple rules to be followed on trips. She likes to play out the things she is most familiar with – e.g. house, doctor, grocery store clerk, Mommy and Daddy etc.

Sometimes called the terrible fours, he is usually very active. His motor control is good, his conversation is constant; he is very sociable and goes “out of bounds” very easily. He is often boastful, bossy and indulges in name calling. He needs little help in dressing except with buttons or the occasional awkward zipper. He takes care of his own toilet needs. Accidents are rare, but he still needs reminding to go to the toilet. He is able to co-operate with other children in play activities and likes to share his experiences with other children. He often develops fast friendships with children of his own sex. He is interested in life beyond home and school and represents it in his dramatic play (e.g. fireman, nurse, teacher). He paints with more purpose, makes designs and crude pictures. He dances and performs rhythmically to music and likes to dramatize songs. He is able to listen with interest for longer periods of time to stories with wider content. His block structures are more elaborate and may be the result of co-operative effort. He talks so much at meal times that it interferes with his eating.

The five year old needs rules and wants to do things right. She is highly motivated to adapt, and does this quickly. Speech is fairly fluent and correct; sometimes she has difficulty with s, f, th. She may be concerned because she knows words but cannot read. She is beginning to get a “counting sense” (not just counting by rote). She can usually name the primary colours and match many colours. Sense of balance is fairly mature (usually better in girls than boys).

She is beginning to enjoy active games and beginning to actually develop athletic skills. She begins to discriminate pattern and develops the ability to copy them, which enables the child to do “printing” and “drawing” tasks. She can learn to play simple musical instruments. The five year old tattles on others when they don’t seem to be following rules. She likes to interact with either one person or large groups. “Three people” is often difficult and “time sense” – the clock and its importance in the routine of daily life – has become important and meaningful to her. 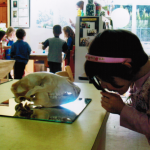 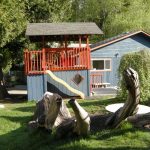 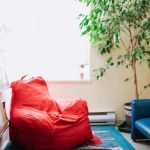 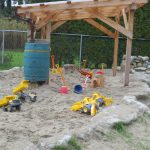 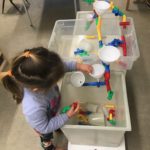 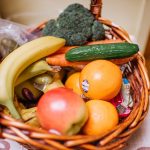 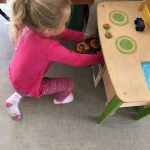 We acknowledge the financial support of the Province of British Columbia.

We acknowledge the continued support from: 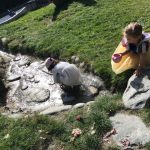 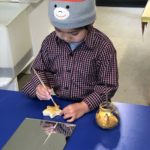 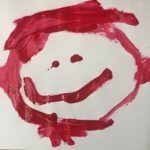 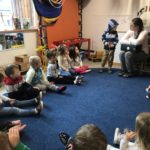 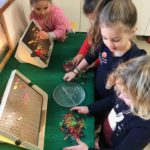 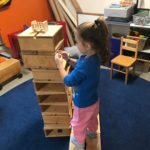